skip to main | skip to sidebar

It has been a long time since I have blogged, so no-one knows what is going on in my life.

Firstly, my home computer is giving my gip - it will not connect to the internet, so I think I will have to haul it off to the computer shop again. gah!! More money!

Apart from that things are pretty quiet.

Sean appears to have found a girl who is keen on him, finally, poor chap was losing hope! She the same age as him with two kids, I really don't care, just as long as he has someone who appreciates him and loves him. I said to him the other day I was going to stop remembering their names, they are all so fast in and out of his life.

I have made myself a new handbag, finished a cross stitch and am finishing off a quilt that was cut out over ten years ago. It is a log cabin, with the thinest strips, clearly I had no idea what I was doing; what a labour intensive project! I have the tidy-uppers and finish-offers at the moment, so cupboards ae being cleaned out and projects are being finished off. It really is satisfying. And I only have to put in about 50% effort for a finish! (ha ha - lazy me showing her head again)!

We are still waiting for a date for Tim's BMT, as you remember that date is dependent on the donor. The Medical Aid has paid out R75 000 for Tim's registery to the Bone Marrow Registry - holy moly! Hooray for Discovery Medical Aid.

I am busy at work today doing the weekly work prior to the stock take capture which will be done on Monday. This is why I have internet connection.

Have a great weekend!

What I am doing tomorrow

I am going to a memorial service tomorrow for a friend of mine that died last week. Barbara Farmer was 71 and died of lung cancer. I met her through my fav stitching shop at Uncle Tim's Cabin. This was about 15 months ago. We got along so well and cheered each other up when we needed a shoulder to cry on. She was the most amazing stitcher, she taught at the shop and taught me how to do the Edelweiss stitch in hardanger work. During the time I knew her she met Coralie whilst Tim was still 'cooking'. I will take a photo tomorrow to show you the type of stitching she did, mostly Jacobean. I realised that I was not interested in her type of embroidery and took along my cross stitch when she had a class (I also realised I would not have the benefit of her as a teacher for the full project). So I have been going to visit her on Thursday afternoons for a while now.

Barbara was clearly failing the last time I saw her. She was in pain and irritable and had very bad memory problems. That was her last class. Her students have not quite finished that project, they have to put gold work into it still.

She was the MOST talented person, she designed so many projects, and was still talking about what she wanted to do next - never say die! She fought until the very end, she did not give up, she did not believe that this was the end. Barbara said she was not ready and was talking about needing more stash in her last weeks.

I am sad she has passed on, and I feel her memorial will be a most joyful remembrance of a fantastic person who left too early. It is to be held in the garden of the Deli at Uncle Tim's Cabin - a fitting place as she loved to stitch outside.

This does not cover my regard for Barbara and all her future plans - I so admired her bravery.

Rest in Peace, Barbara. You will not be forgotten easily.
Posted by Coral at 2:45 PM 4 comments: 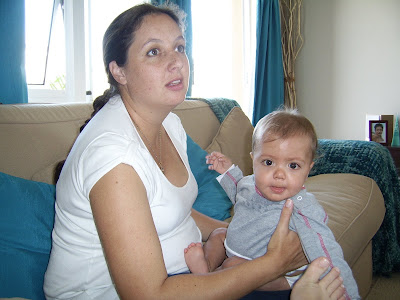 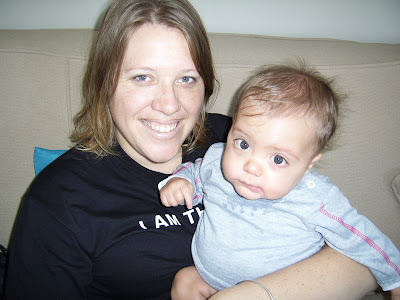 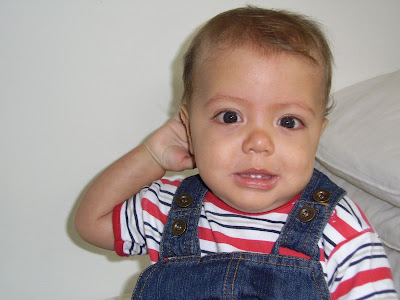 A bit of a smile 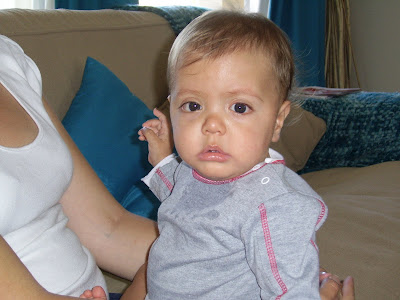 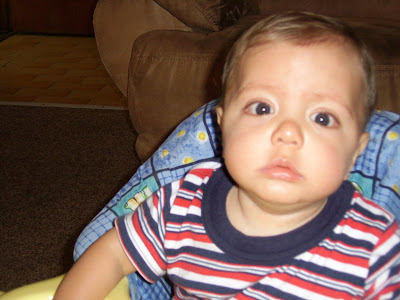 Handsome little chap, hmm?
He is so clever - you can't hide anything from him. I reckon although he is still in 3-6 month clothing, he is has a pretty high IQ! (sigh, takes after his granny)!

I am not ignoring you all, I just have so much buzzing around in my mind that to put it in some semblance of sensibility that anyone could understand – or even try to follow – is impossible.

Stuff in my head;

Missing Katie, I would like to take 2 months off and just visit for a while – and that is not happening, that would be running away as my life is about to hot up.

Tim’s BMT has a tentative date of March – I am both scared and looking forward to it. It could be the end of this journey that we are traveling, he will be healed and we will be a normal family again. My plan is that I will go to Cape Town every week and stay at the hospital with him for about half the week. That bit still has to be planned, it will be scheduled as soon as I have firm dates.

Coralie & Henk have chosen the name Robin for their second son, sweet!

It has not stopped raining in about 3 weeks, and yesterday we finally had a day of sunshine. I washed my car, I did not realize how dirty it was! (What a great colour it is)!

I am not sleeping well at all, I am too worried to take a sleeping pill in case I get out of bed and knock myself out – see bruise still on bum to attest to the flooring capabilities of sleeping pills. So I feel a bit hazy all the time.

Menopause sucks! Just so you know! Menograine definitely helps, but like my Dr said “Don’t take it twice a day, take it three times a day, as it wears off and you will notice.” She said she took it 3 times a day – sometimes I think I should take it 6 times a day. Dear, dear.